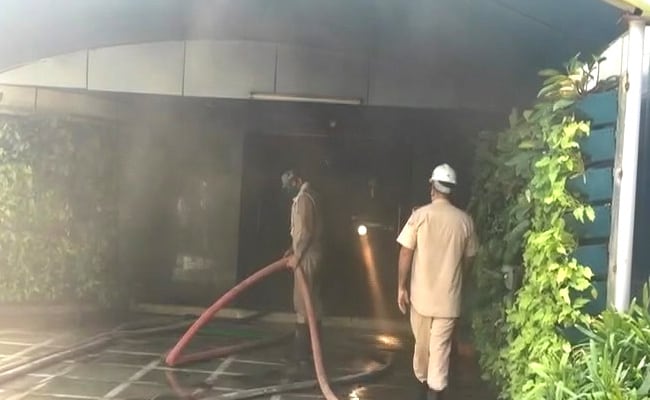 The Noida Authority has ordered a probe into the incident.

Several official files and records were destroyed in a fire that broke out at the Noida Authority office on Monday morning, officials said.

The fire broke out in the Industries Department of the office in Sector 6 and was reported around 8.45 am, they added.

“Fire-engines were rushed to the spot and the fire was brought under control around 12.30 pm. Nobody was injured,” a local police official said.

The Noida Authority has ordered a probe into the incident.

Noida Authority CEO Ritu Maheshwari has constituted a five-member team, headed by the Additional CEO, to ascertain the cause of the fire.

“The team will also ascertain the loss caused by the fire and an estimate of the files that have been destroyed. The team will submit its report within a week and whoever is responsible for the fire can be held accountable,” she said in an order.

Noida: Fire breaks out in plastic factory, 4 fire tenders present on the spot