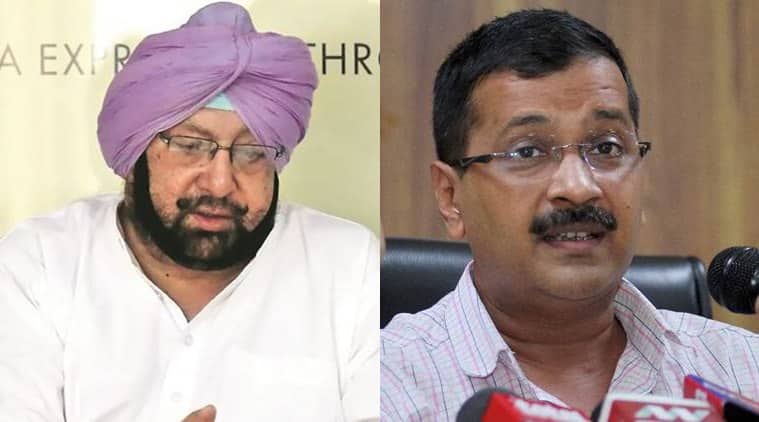 Punjab Chief Minister Amarinder Singh on Sunday hit back at Delhi counterpart Arvind Kejriwal for the demand of a CBI probe into the state’s hooch tragedy, saying the AAP leader should “mind his own business”. Amarinder Singh further asked the Delhi chief minister not to exploit the tragic affair for reviving his defunct Aam Aadmi Party’s stake in the state. Kejriwal in his tweet on Sunday demanded a CBI probe into the Punjab hooch tragedy, which has claimed 84 lives so far.

Slamming Kejriwal, the CM in a statement said, “So many people have died and all you are interested in is making political meat from the incident. Don’t you have any shame.”

Asking the AAP leader to “mind his own business”, the Punjab CM said his Delhi counterpart should concentrate on maintaining law and order in his own state, which was notorious for the brazen manner in which criminals and gangs were roaming the streets without fear.

Trashing Kejriwal’s claim that none of the illicit liquor cases from the last few months have been solved by the local police, the Punjab CM asked the AAP leader to verify his facts before shooting through his mouth.

Citing that an illicit liquor factory was busted in Khanna on April 22, the CM said eight accused were arrested and a manhunt was launched for seven others.  In another case, two kingpins behind an illicit liquor distillery operating in Patiala district were arrested on May 22 and June 13 this year, and on July 10, a challan was filed in the court, the Punjab chief minister said.

Expressing full faith in the Punjab police, the CM said Kejriwal’s demand for a CBI probe was nothing but a political gimmick, aimed at regaining lost foothold for his party, which had completely lost ground in Punjab despite being the principal opposition party.

The CM said despite the cases of targeted killings in Punjab being handed over the CBI, it was eventually the Punjab Police that had solved the same.  Even in the sacrilege cases, the CBI failed to deliver and it is the Punjab Police which is unravelling the case, he claimed.

Rather than delaying the investigation and allow the trail to go cold even in the present spurious liquor case by handing over the probe to CBI, he was more interested in ensuring swift action against all those whose greed had cost the state around 100 lives, the CM said in the statement.

The CM asked Kejriwal to check out his facts before making unsubstantiated and wild allegations against his government, whose track record in curbing crime of all kinds was exemplary.

“Why don’t you ask your Punjab unit for data and figures first and then comment on our working,” he told the Delhi CM.

“Rather than worrying about Punjab’s affairs, why don’t you take care of the health and lives of Delhiites,” the CM said.

Saying that strict action is being taken against all those found guilty in cases of illicit brewing and smuggling, Amarinder Singh said in the hooch tragedy, too, 30 people have already been arrested in three districts. Moreover, 13 officials from the police and excise and taxation departments had been suspended for negligence while investigations are on to ascertain their complicity in the case, he said.

A magisterial inquiry had ordered with the mandate to submit its report within a month, he further said, asking what was the need for CBI to take over the case when the local police was handling it so effectively.

Aim to make Delhi as one of top 5 global destinations for start-ups: CM Arvind Kejriwal

Lesson Not Learnt: After Rajasthan, Trouble Brews for Congress in Punjab as CM and Bajwa Clash

None Will Be Spared: Amarinder Singh To Hooch Tragedy Victims’ Families

“Shaken Me To The Core”: Arvind Kejriwal Condemns 13-Year-Old’s Rape