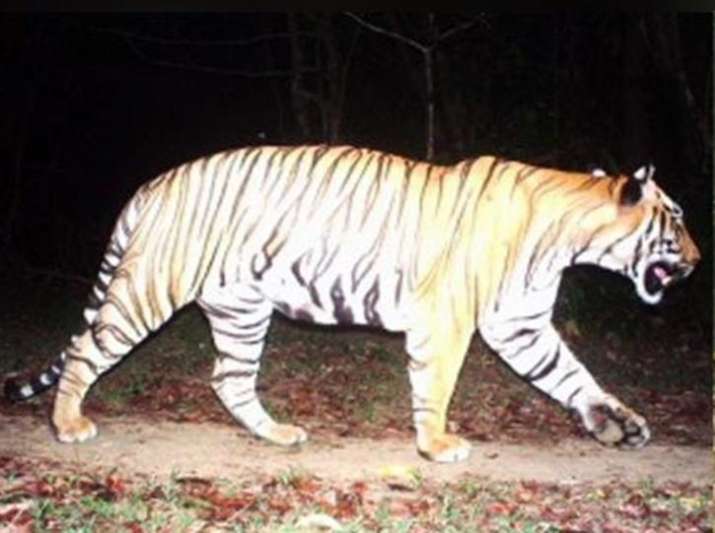 
It is known that tigers are territorial animal and are very protective about t heir territories but a male tiger from Maharashtra has travelled almost 300 km crossing several wildlife area, villages and state boundaries to make Karnataka his new home.

“The distance between two wildlife areas is about 225 km but it may have taken longer for the tiger to move through the fragmented landscape. The finding reinforces the fact that the tiger corridors in Central Western Ghats are still viable,” a senior official from the wildlife division told New Indian Express.

The Kali Tiger Reserve is emerging as a significant attraction for tigers in the connected landscape of North Karnataka-Goa-Southern Maharashtra. In 2020, about 25 adult individual tigers have been recorded in camera traps in Kali Tiger Reserve.

According to the recently released ‘Status of Tiger Co-predators & Prey in India’ KTR that covers a total area of 1,306 sq km has recorded only four tigers.

It also noted that two tiger reserves of Karnataka, which are part of the Nagarhole-Bandipur-Wayanad-Mudumalai-Satyamangalam-BRT block have 724 tigers, and the highest number of striped cats in the world.