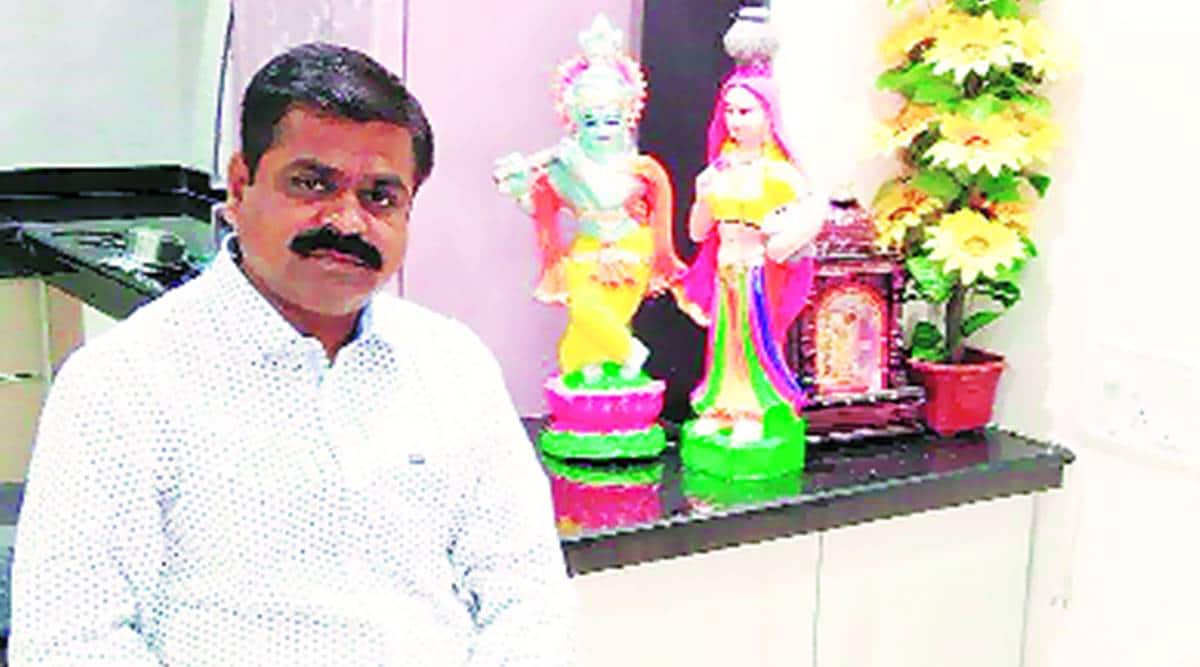 One of the arrested, Balram Bhuvanji, is the owner of a roadside dhaba in Mahidpur in Madhya Pradesh, who allegedly facilitated the accused to meet on his eatery’s premises to plan the staged “hit and run” that took place on September 27. Bhuvanji also allegedly helped the accused procure the Sports Utility Vehicle (SUV) through a local acquaintance, Salim Baju Shaikh alias Kala, who has also been arrested on Thursday.

On Friday, a local court in Jhalod remanded the two accused – Bhuvanji and Shaikh – to four days in police custody, accepting the police application that stated two main grounds for the remand. In its release, the police have referred to the “contract killing” as a crime executed for “political rivalry”.

Paresh Solanki, Deputy Superintendent of Police, Dahod Headquarters, who is the investigating officer in the case, said, “We sought the remand on two grounds – one that the vehicle used to run into Patel is yet to be recovered and the two arrested accused could be an important key in finding the vehicle as they also facilitated the SUV that conducted the recce of the area before the accident. The other reason is that we need to establish the link between all the accused. We believe that the absconding accused Imran Gudala could have connections with these two.”

The police case against Bhuvanji and Shaikh stated that the two joined in planning the execution, when all the accused, except Gudala, gathered at the dhaba on September 26, a day before the incident.

Solanki added that Bhuvanji was to get a share of the kill money and was part of the conspiracy. “He not only provided the place for the meeting but also had a share in the money for the contract. He contacted Shaikh and arranged the SUV, which belonged to Shaikh’s brother Shahezad, who is unaware about the conspiracy. Shaikh had lied to him about the reason he wanted to take the vehicle,” said Solanki.

With the arrest of Bhuvanji and Shaikh, the total arrested accused in the case is now six. Two wanted accused are still on the run – Imran Gudala, a resident of Jhalod who is said to have facilitated the contract by arranging the kill money of Rs 4 lakh, and Irfan Basti, a resident of Ujjain who was part of the executors of the “hit and run”.

A team of officials from Godhra cyber crime branch and Ahmedabad crime branch had joined the Jhalod Local Crime Branch in nabbing the six accused so far. A release from the police stated that the four accused arrested earlier -Irfan Pada, a convict in the 2002 Sabarmati train carnage of Godhra who has been on the run after jumping parole in 2019, Jhalod resident and former PASA accused Ajay Kalal, and Ujjain residents Sajjansinh Chauhan and Mohammed Samir Mujawar – had revealed details about the Mahidpur dhaba during their cross interrogation by multiple police officers.

The Jhalod police is investigating a possible political rivalry behind the said contract killing of Patel, especially after a high stakes local election of the president and vice-president of the Jhalod Municipality, in which Patel is said to have orchestrated a rebellion in the ruling Congress board.

On Wednesday, 15 elected councillors – including three Congress councillors – of the Jhalod Municipality had submitted a memorandum to Solanki, seeking police protection and citing threat to life. Solanki said, “They have submitted an application citing their fears based on the incident but we have not found any threat perception in the probe so far. Whether there are more people involved in the conspiracy and at whose behest this crime was committed will be clear when we get Gudala.”