Durgamati, Black Widows and Coolie No.1 will stream this month.

The streaming platforms have plenty of options to keep everyone entertained in the festive month of December. To help you pick what to watch this month, we have compiled a list of titles premiering on ZEE5, Netflix, Amazon Prime Video, Disney Plus Hotstar, MX Player, AltBalaji, Apple TV Plus and SonyLIV.

Directed by National Award-winning filmmaker Bipin Nadkarni, Darbaan stars Sharib HashmiSharad Kelkar, Rasika Dugal and Flora Saini. The film narrates the story of friendship between a master and his caretaker who belong to different social strata. It is inspired by Rabindranath Tagore’s short story Khokababur Pratyabartan.

Starring Richa Chadha, Arunoday Singh Karishma Tanna and Khalid Siddiqui in pivotal roles, Lahore Confidential is the second installment in ZEE5’s Confidential franchise which started with London Confidential. It revolves around an Indian spy, Ananya (Chadha) and an ISI agent Rauf (Singh). The two, unaware of each other’s identity, fall in love, and their love story flourishes amid growing cross-border tension. What happens when Ananya and Rauf realise the truth about each other, makes for the film’s narrative. Created by S Hussain Zaidi and directed by Kunal Kohli, the film is produced by Jar Pictures.

Paurashpur is a period drama that boasts of larger-than-life sets, lavish costumes, and an ensemble cast including Annu Kapoor, Milind Soman, Shilpa Shinde, Shaheer Sheikh, Flora Saini, Sahil Salathia, Poulomi Das and Anant Joshi among others. The show is directed by Sachindra Vats and produced by Jaasvand Entertainment. It will also stream on ALTBalaji. 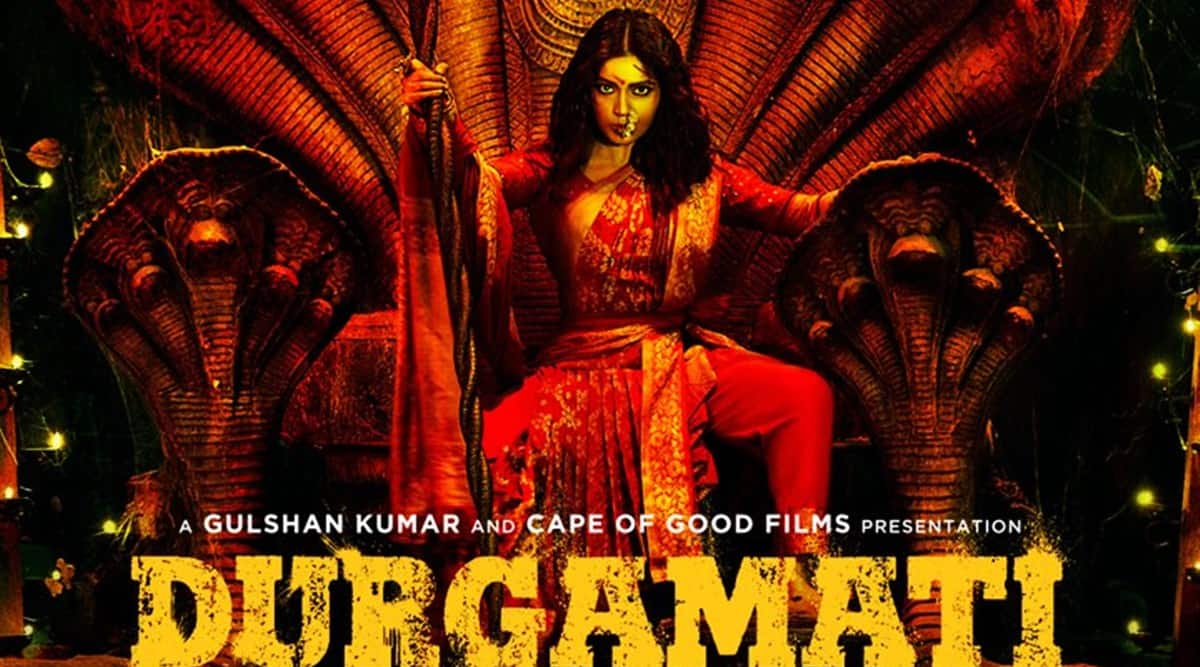 The Bhumi Pednekar-starrer is the Hindi remake of Telugu horror film Bhaagamathie which had Anushka Shetty in the lead role. In the film, Bhumi’s character Chanchal Chauhan is made the victim of a conspiracy involving bigshots of the country. She is imprisoned in a haunted Durgamati Haveli while being interrogated in the case. What happens to Chanchal in the haveli forms the plot of the film. Written and directed by Ashok, the film also stars Arshad Warsi, Mahie Gill, Jisshu Sengupta and Karan Kapadia.

Sons of the Soil Sons of the Soil is directed by Alex Gale.

The unscripted sports docu-series follows the journey of Abhishek Bachchan-owned Pro Kabaddi League team Jaipur Pink Panthers in the seventh season of the league. Directed by Alex Gale, it offers a locker-room view into the players’ world, their interactions with junior Bachchan, love for one of the country’s oldest sports and the team’s persistence to win the coveted Pro Kabaddi League title. Talking about the series, Bachchan had shared, “The Sons Of The Soil is an honest look at what all happens in putting a Kabaddi team together and how the players go through an emotional journey of successes and failures. The players are the stars of the show.”

David Dhawan’s upcoming film Coolie No. 1 is a remake of his own 1995 comedy film of the same name. While the original starred Govinda and Karisma Kapoor, the remake features Varun Dhawan and Sara Ali Khan in the lead roles. The film also stars Paresh Rawal, Jaaved Jaaferi, Rajpal Yadav and Johnny Lever in significant roles. Coolie No. 1 is David Dhawan’s 45th film. It is produced by Vashu Bhagnani’s Pooja Entertainment. 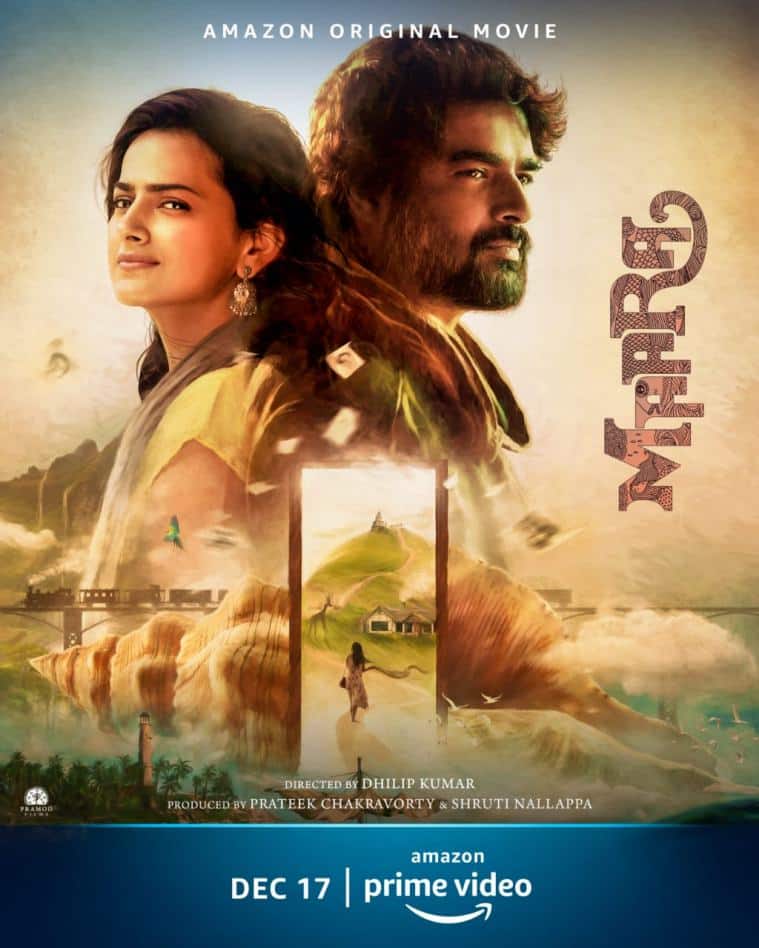 Directed by Julia Hart, the American drama stars Rachel Brosnahan, Arinzé Kene, Marsha Stephanie Blake, Bill Heck, Frankie Faison, Marceline Hugot and James McMenamin. The film revolves around Jean (Brosnahan) who has to be on the run with her child because of her husband Eddie’s crimes. Jean meets Teri (Marsha Stephanie Blake) with whom she forms an unlikely partnership. In Bhaag Beanie Bhaag, Swara Bhasker plays Beanie Bhatnagar, a girl who, after getting bored with her regular life, decides to take up comedy as a career. Varun Thakur, Dolly Singh, Mona Ambegaonkar, and Girish Kulkarni also feature in the series.

Directed by acclaimed filmmaker David Fincher and written by his late father Jack Fincher, Mank is a biopic of the alcoholic but talented screenwriter Herman J Mankiewicz (also known as Mank), who co-wrote the screenplay of Hollywood classic Citizen Kane. Apart from the trials and tribulations that Mank faced while penning the script, the film will also touch upon the alleged conflicts and clash of ideas that he and filmmaker Orson Welles had regarding Citizen Kane. The movie features Gary Oldman, Amanda Seyfried, Lily Collins, Arliss Howard, Tom Pelphrey, Sam Troughton, Ferdinand Kingsley, Tuppence Middleton, Tom Burke and Charles Dance. 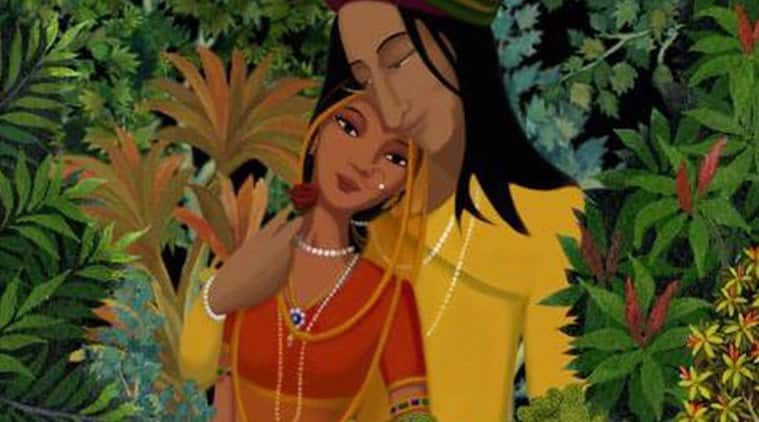 Gitanjali Rao’s animated feature Bombay Rose chronicles the lives of people who migrate from small towns, seeking minimal life in the maximum city. Set on the streets of Mumbai, it is the story of a flower seller who has to choose between protecting her family or allowing herself to fall in love. The film had its world premiere at Venice International Film Festival.

Chadwick Boseman’s last film Ma Rainey’s Black Bottom is adapted from a play of the same name by August Wilson. Set in the 1920s, the film has Viola Davis playing Ma Rainey, a celebrated performer, who is trying to gain control of her music by taking on her white manager. Boseman plays Leevee, an ambitious trumpeter who wants to make his mark in the music industry. Directed by George C. Wolfe, the movie also stars Colman Domingo, Glynn Turman, Michael Potts, Taylour Paige and Dusan Brown. 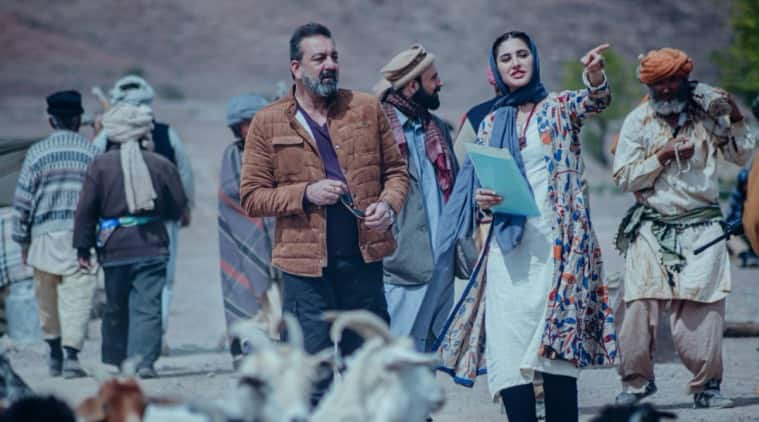 Torbaaz, directed by Girish Malik, features Sanjay Dutt in the role of an ex-army doctor Nasser Khan who uses cricket to bring some joy in the lives of children living in refugee camps in Afghanistan. The official synopsis of the film reads, “Torbaaz is the story of one man who rises above his personal tragedy and decides to take matters in his own hands. He’s determined to coach refugee camp kids in cricket, who are otherwise destined to become suicide bombers. Will he succeed in straying them away from the path of destruction?” Rahul Dev, Nargis Fakri, Pransh Chopra and Humayoon Shams Khan also feature in the movie. When @anuragkashyap72 decides to kidnap a kid for his next film, it’s time to show him ki baap baap hota hai! #AKvsAK @VikramMotwane Coming soon on @NetflixIndia pic.twitter.com/uJ8SI3bR6k

Directed by Vikramaditya Motwane, AK vs AK features Anil Kapoor and Anurag Kashyap in the lead roles. The synopsis of the film reads, “A brash film director (Anurag Kashyap) kidnaps the daughter of a movie star (Anil Kapoor) and films the star’s desperate search for his daughter in real-time as his next blockbuster.” The Sharon Maguire directorial stars Jillian Bell and Isla Fisher. The film revolves around Bell’s Fairy Godmother Eleanor in a world where fairies have gone out of fashion and kids do not believe in godmothers anymore due to modern gadgets. Even in The Motherland, the fairies have admitted defeat, and the profession is all but extinct. But Eleanor does not accept her situation and escapes to earth to find the little girl Mackenzie Walsh who wrote a letter to her and asked for assistance. 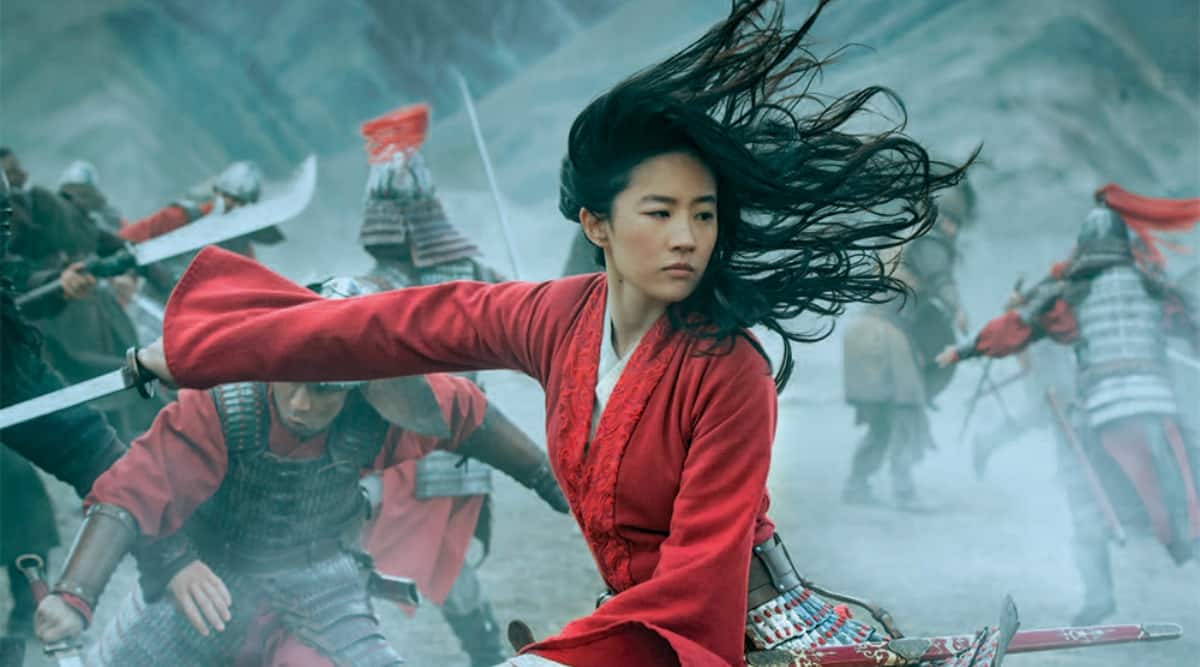 Mulan is a live-action remake of the 1998 animated film by Disney.

Mulan, a Niki Caro directorial, is the live-action remake of the 1998 animated movie of the same name. The animated film took its story from The Ballad of Mulan, a Chinese folk song. Set in China during the Han dynasty, Mulan follows Hua Mulan, a rebellious young woman who disguises herself as a man and enlists in the Imperial Army to fight off the Huns, invaders from the north, so that her ailing father would not have to go as part of conscription.

The film, directed by Pete Docter, revolves around a school music teacher Joe Gardner (Jamie Foxx), who gets the coveted opportunity to perform in a reputed jazz club. But due to an accident, he dies and finds himself in the soul world, where the souls are given attributes before being put inside a baby. Gardner wishes to go back to his life, as he does not want to miss that chance. Soul features the voices of Tina Fey, Questlove, Phylicia Rashad, Daveed Diggs, and Angela Bassett.

Earth At Night In Color Earth at Night is filmed across six continents.

Filmed across six continents, the natural history series follows the moonlit dramas of animals at night, revealing new insights and never seen before behaviours. Narrated by Tom Hiddleston, Earth At Night In Color is produced by Offspring Films.

Directed by Santosh Shetty and written by Shiraz Ahmed, Shrikant Bashir follows the story of Shrikant Mhatre, played by Gashmeer Mahajani and Bashir Khan (Yudhishtir Singh). The action drama focuses on the partnership of two ideologically and ethically different individuals, who come together to protect the country. The show also stars Pooja Gor, Mantra and Ashmita Jaggi. Kushal Tandon in a still from Bebaakee.

Bebaakee revolves around the lives of its three lead characters: Sufiyaan (Kushal Tandon), Kainaat (Shivjyoti Rajput) and Imtiaz (Karan Jotwani). Sufiyaan loves Kainaat passionately, but due to a misunderstanding, their relationship goes for a toss, and he decides to destroy her life. The second part of the show will show what turn their lives will take.

The Hina Khan and Jitendra Rai-starrer is directed by Rahat Kazmi. The film is about a couple that decides to fulfil their wishlist of forgotten dreams after realising that they do not have much time left together.

For all the latest Entertainment News, download Indian Express App.

Shamita Shetty on Black Widows: Everything happens at the right time

Aamir Ali: The comedy genre has always been my comfort zone

Aamir Ali: Second half of 2020 has been good to me on work front

Bhumi Pednekar: Releasing ‘Durgamati’ on OTT is a boon

Jisshu Sengupta: Durgamati will keep the audience on the edge of the seat

‘Durgamati’: Amazon Prime Video All Set To Give You Thrills With ‘Magic Mirror’ And ‘Durgamati Haveli’

Arshad Warsi on why he signed ‘Durgamati’: It has got all the elements that you need for a good film – Times of India