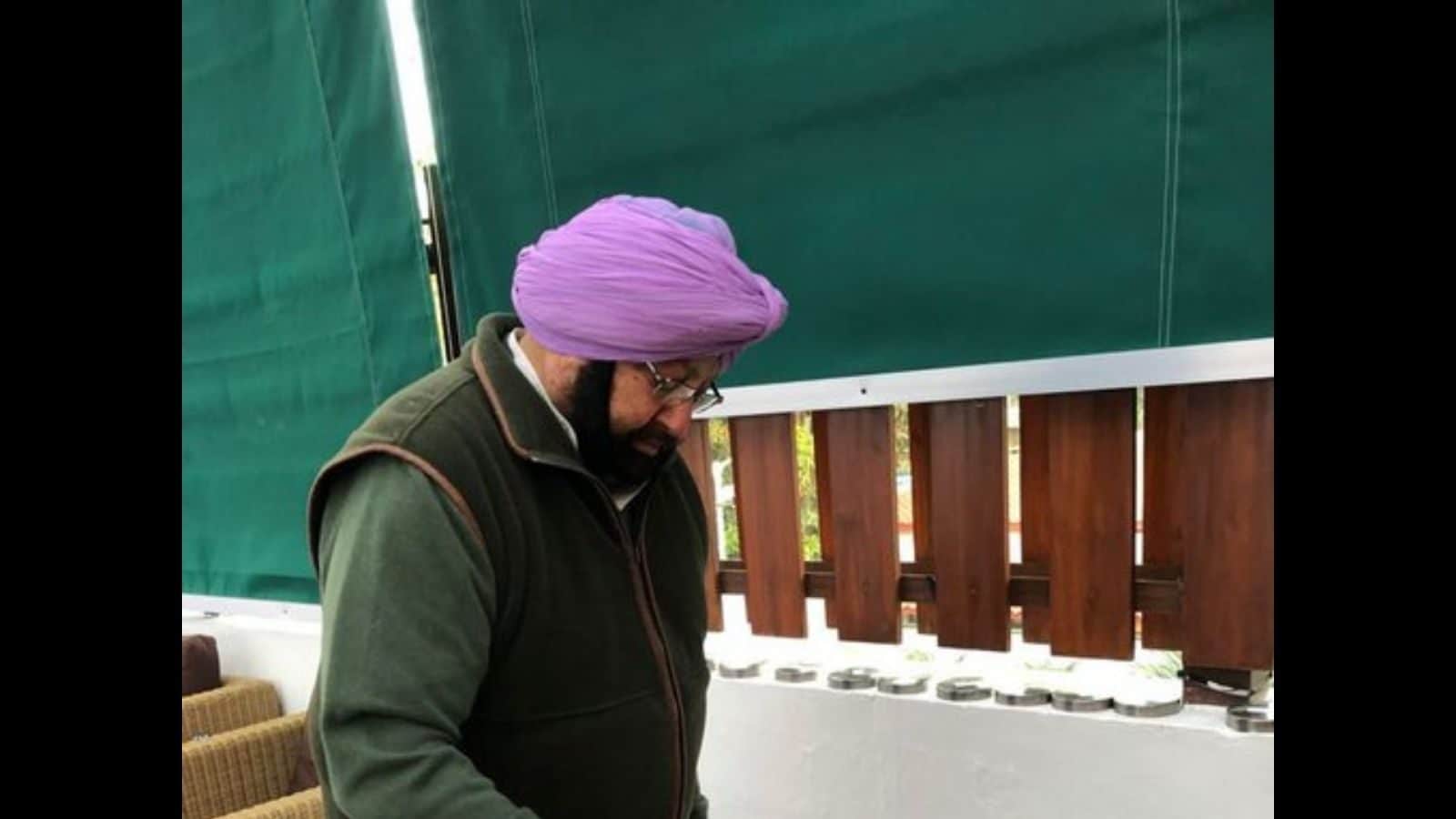 Captain Amarinder Singh will whip up a delicious meal for the Tokyo Olympians. (Twitter)

The Patiala royal has promised to cook for Punjab’s Olympic medal winners — and India’s only gold medallist in the Tokyo 2020 Olympics, Neeraj Chopra.

The steaming political cauldron in Punjab may have left many tongues wagging but on Wednesday, expect a sumptuous spread as one of the main protagonists in the Congress drama, Chief Minister Captain Amarinder Singh, will don the chef’s hat, just for a day.

The Patiala royal has promised to cook for Punjab’s Olympic medal winners — and India’s only gold medallist in the Tokyo 2020 Olympics, Neeraj Chopra. Captain will host the players at his Mohali-based farmhouse Mohinder Bagh.

The menu will leave many watery mouths. From Patiala cuisine, to lamb, chicken, pulao and Zarda rice, the spread is a royal feast, as one would expect from the Maharaja of Patiala.

From Patiala cuisine to pulao, lamb, chicken, aloo & Zarda rice, CM @capt_amarinder will prepare each of these delicacies himself to keep his promise to Punjab Olympic medal winners (& Neeraj Chopra) at the dinner he’s hosting for them tomorrow! (file pic) pic.twitter.com/X9iOF16N5m— Raveen Thukral (@RT_MediaAdvPBCM) September 7, 2021

The Punjab chief minister has also invited some former hockey players and MLA Pargat Singh to the dinner, though the newly appointed PCC chief Navjot Sidhu, according to sources, is not on the guest list.

Political observers point out that it will be interesting to see if Pargat attends the event. The CM has been of late meeting MLAs in groups, in what many believe was an attempt to thwart any kind of rebellion against him.

About 30-40 Olympians from Punjab apart from Neeraj Chopra are expected to be present at the dinner. Capt Amarinder is known for his splendid culinary skills and many of his colleagues in the party vouch for his specialities including ‘dal-bukhara’.

Congress’s Musical Chairs in Punjab: Is Sidhu Too on His Way out as State Unit Chief?

Our Tokyo Olympics performance changed our mentality and gave us self belief: Neha Goyal

Left Out Initially, Varun Kumar Feels Lucky to Be a Part of Olympic Hockey History