That J Jayalalitha’s life was tailor-made for a movie, no can dispute. And now, having watched Kangana Ranaut play this version of Jaya in Thalaivii with a perfectly-judged mixture of vulnerability and hauteur, there’s no question that she owns the part. Would a Tamil leading lady, more conversant with the language and the body language, have done a better job? The question is now moot.

This is an actor on the top of her game, playing a former actor who was once top of her game: one of the pleasures of this biopic verging on hagiography (are there any other kinds in Bollywood?) is to see the meta streaks in it.

Kangana inhabits this very complex character like skin in Thalaivii, right from the time Jaya is a budding actress, coat-trailing the mighty MGR (Arvind Swamy), to her meteoric rise in the film industry, and her transition, reluctant at first, and then getting steadier and surer, into an ambitious, give-no-quarters politician.

Without getting into whether the events as shown in the film were faithful to the happenings in real life, the film manages to give us a snapshot view of the Tamil Nadu politics of the era (MGR was chief minister from 1977-87; his mad popularity as a movie idol buoying his ascent in politics, a very Tamil-and-Telugu phenomenon). MGR never hid the fact that Jayalalitha was his protege, and their closeness was always a sore point amongst his partymen: in the film, it is epitomised by MGR loyalist RMV (Raj Arjun) who becomes almost comically one-note in the way he keeps glaring at the woman who takes away his beloved leader’s attention from where it needs to be.

There’s an interlude which takes Jaya into the rarefied confines of Parliament, where she makes a rousing speech, grabbing the attention of then PM Indira Gandhi (Flora Jacob, a startling look-alike). It was a time when Congress under Mrs G was seeking alliances in the South, and Jayalalitha, as MGR’s chosen spokie was doing a good job of putting his case forward, as well as smartly advancing her own career: for someone who claimed to have hated politics, she did a remarkable job of getting rapidly ahead, sweeping aside her rivals.

Indira Gandhi’s assassination is a blip in the film’s plot; Rajiv’s assassination takes a couple of minutes longer. And instantly it shows how the southern states were so distant from faraway New Delhi, in the almost phlegmatic way in the news is absorbed by their allies. What is cataclysmic, and the film shows this brilliantly, is the death of MGR: the swelling crowds, the chest-beaters and wailers make this public mourning a performative act. For those who remember, Jayalalitha was pushed and shoved and not let close to MGR’s body; we see Kangana, distraught, alone, and then we see her resolve, to not let it get her down, to fight, and to forge ahead.

This could well be another meta link. For a woman in politics, and a woman in film (both of whom are in public life, as Jaya points out) getting to the top is a fraught exercise, and you can’t help thinking of the journey of this actor playing that actor, who came in from the outside and conquered. 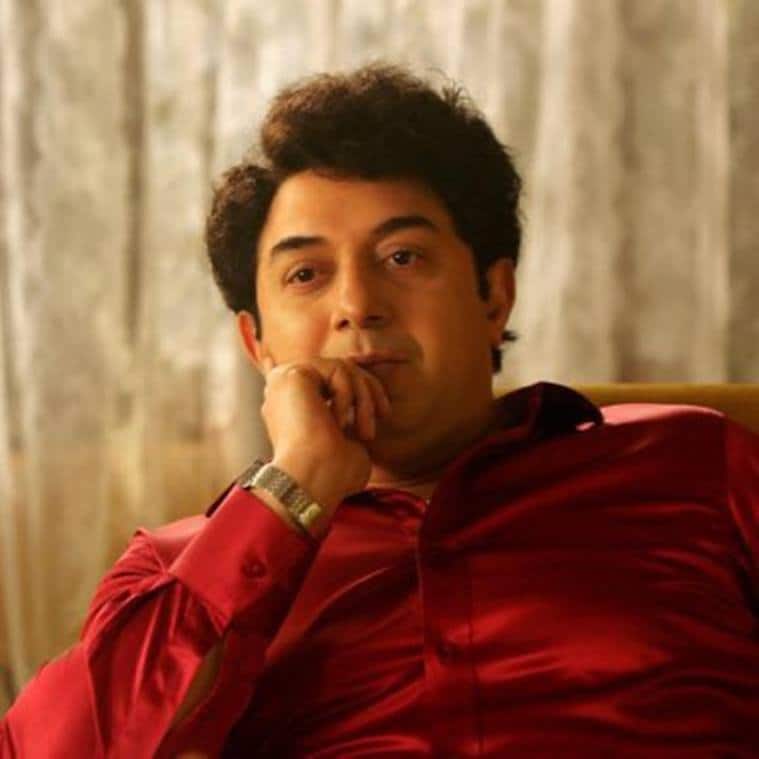 For a film that revolves around its leading lady, it does give the others its due: Arvind Swamy as MGR is terrific, that razor thin moustache, the headgear, the shawl draped around his shoulders, and the way he leaps bulkily from one spot to another on set is so reminiscent of the man he plays. Bhagyashree (yes, the Maine Pyar Kiya girl) as Jaya’s mother, is protective of her daughter yet aware that there are compromises to be made if a woman has to make a mark in this all-male world. And Nassar as Karunanidhi adds to the ensemble.

Post-interval, the film dips. From the on-screen, off-screen shenanigans, much more interesting in the way they show the style of the song-and-dances, the brassiness of the costumes, it turns into political jousting. The background music blares constantly as the film cherry picks events to add to the screen Jaya’s lustre. There are too many dialogues that sound like thunderous speeches, and far too many incidents where Jaya comes across as too noble, too courageous, a loving woman who is everyone’s beloved Amma.

But looking for reality checks in desi biopics is like non-existing needles and haystacks: in a climactic flourish that makes up for all the uncritical adoration of its chief subject, though, there’s this – as Jaya tries out her chief minister’s chair for size, her partymen file in, and as they demur when she asks them to sit, she orders the chairs to be taken out. Now she has them where she wants them: the winner takes it all. Kangana aces that look. And the film.

Frames per Second: Supermoms and supervillains

Kangana Ranaut reacts to Samantha and Naga Chaitanya divorce, says ‘fault is always of the man’

Kangana Ranaut has a ‘gratifying experience’ watching Thalaivii: Best film of my career so far