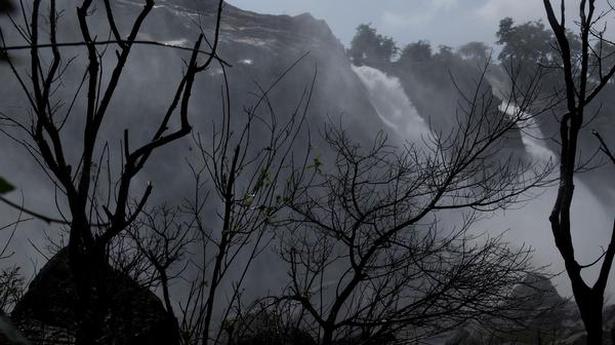 Anyone who has watched Bahubali has seen the Athirappilly waterfall. Tumbling down from a height of 80 feet, it has been a favourite location for filmmakers. The waterfall formsa perfect backdrop for Aishwarya Rai’s dance in Guru and it has featured in a number of Indian films. Turns out that the Athirappilly waterfall is a top favourite spot not just of filmmakers, but of any average traveller. In a recent online poll run by the Kerala Tourism website, Athirappilly falls received the highest number of votes.

The poll was held as part of a six-month-long campaign aimed at giving travellers an opportunity to experience Kerala virtually during the lockdown.

Of the 22 waterfalls in Kerala listed on the website, Athirappilly came first. One of the largest waterfalls in South India. Dhoni waterfalls in Palakkad came second in the poll. Then came Adyanpara in Nilambur, Malappuram district, followed by Thusharagiri in Kozhikode and Kanthanpara in Wayanad.

During the campaign, the website featured the top tourist attractions of the State under various categories and travellers had to vote for their favourite destinations. The plan was to put up a virtual tour of the top-rated destination on the website after voting ended. However, due to COVID-19 travel restrictions, the team could not make a video of the Athirappally waterfalls.

The idea behind the campaign was to keep the destinations alive in digital space and in people’s minds and to motivate them to visit the State once it was considered safe to travel.

Apart from waterfalls, the other attractions travellers could vote for included beaches, culture trails, village life experience, backwaters and hill stations. While Kovalam in Thiruvananthapuram was rated the top beach in Kerala, Alappuzha was voted first for its backwater experience. Thrissur came first under ‘culture trails’ and there were no surprises with Munnar coming first in the top hill station category. According to a spokesperson from the team that handled the campaign, over two million people visited the site during the campaign.

The tallest waterfall in the State is 40 kilometres fromKochi International Airport and 30 kilometres from Chalakkudy, the nearest railway station. It is part of the Sholayar forest range. Near it is the equally captivating Vazhachal waterfalls, too.

Though not as big as Athirappilly, the Dhoni waterfall, just 12 kilometres from Palakkad Town, is as picturesque. It offers trekking opportunities as well.

Around 14 kilometres from Nilambur in Malappuram district is the picturesque Adyanpara waterfall.

Situated 18 kilometres from Kalpetta, Wayanad, Kanthanpara is relatively small (with a height of 30 feet), but has received more votes than even the popular Meenmutti falls in Thiruvananthapuram and Soochipara Falls in Wayanad.

(Travellers are advised to check the COVID-19 travel rules before making plans).