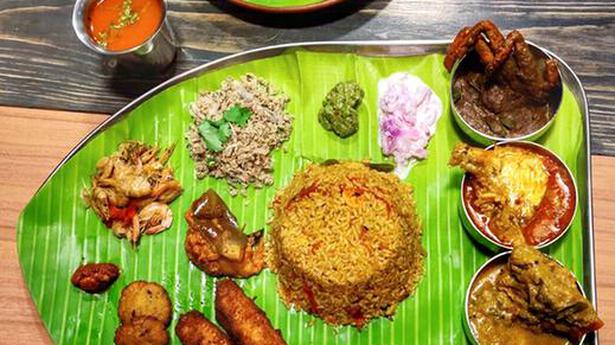 While planning a gratitude feast for the Chief Minister, the fisherwomen of Pulicat and Kattupalli share a glimpse of the environment, creatures, and recipes that define their lives and livelihoods

On October 16, the day declared by the United Nations as World Food Day, women of the fishing community of Pazhaverkadu, well known as Pulicat Islands, plan to get together and cook up a seafood feast for the Chief Minister of Tamil Nadu.

A historic seashore town about 60 kilometres from Chennai, Pulicat or Pazhaverkadu is considered a haven for seafood lovers. Pazhaverkadu prawns and crabs are bestsellers across all the fish markets in Chennai.

The island is famous for certain varieties of fish, but its value in terms of food heritage and biodiversity was truly spelled out recently, when a group of fisherwomen from Pazhaverkadu came to Chennai to invite the CM to their village via a press conference. At the unusual event, where the women set out tasty samples of Pulicat’s fish, crab and prawns, G Rajalakshmi, a fisherwoman said, “Right from the British era, our island has been known for seafood.”

“A majority of the population in the island depends on fishing for livelihood. Women specialise in prawn and crab catching in brackish waters. The yield has been reducing considerably over the years and if the port expansion begins, we will be wiped out completely,” added M Veeramma.

Now, these women earn between ₹300 and ₹500 a day. “We get into groups of 10, hire a mid-size goods van and go to fish markets in and around Pazhaverkadu such as at Ponneri, Minjur, Redhills,” says Rajalakshmi.

“On a couple of days of the week we head to Chennai markets in Saidapet, Ennore and Kasimedu… Can you imagine our plight if the region is taken away for port expansion?” she asks with tear-filled eyes. These women play a significant role in the economy of this fishing village, right from catching fish to the curing, auctioning and marketing.

“As our island is known for the best quality seafood, especially crabs and we would like to present a grand seafood feast for the CM, and the feast would be prepared by the women in our community,” says Vijaya. The women have already had an elaborate discussion on the Chief Minister’s menu — they want him to taste their favourite dishes.

For example, one of the most popular dishes of Pulicat is eral (prawn) karukkal, a quintessential part of a fisherman’s daily life. Fresh-caught prawns are cleaned to remove the sand, with their shells intact. Then on an earthenware kadhai, the prawns are cooked slowly on a low flame with rock salt and broken red chillies, stirring continuously until all the water is absorbed. “We finally press the cooked prawn with a wooden ladle to squeeze out any water, and stir fry it till dry. It is an amazing preparation which we pack in a tiffin box along with soaked rice when our menfolk head into the sea for a couple of days for fishing. Karukkal will not spoil for at least four days,” says Rajalakshmi.

N Vijaya adds, “Most of the cooking we do at home is traditional and handed down from generation to generation.”

Vijaya is an expert at making crab soup, and readily shares her cooking process. “Clean a medium-sized crab, place it in a vessel, add four cups water and bring it to boil,” she says, “To this, add a sliced onion and tomato, throw in two red chillies and pepper. When the concoction is reduced to half, switch off the heat. Then heat one teaspoon oil, a teaspoon of ginger garlic paste and curry leaves, and pour it over the soup. Garnish with minced coriander leaves.”

“We are still undecided about what to offer for dessert,” says Vijaya. “We normally prepare paal payasam or sakkara pongal for festivities, so we will probably make one of these on that day.”