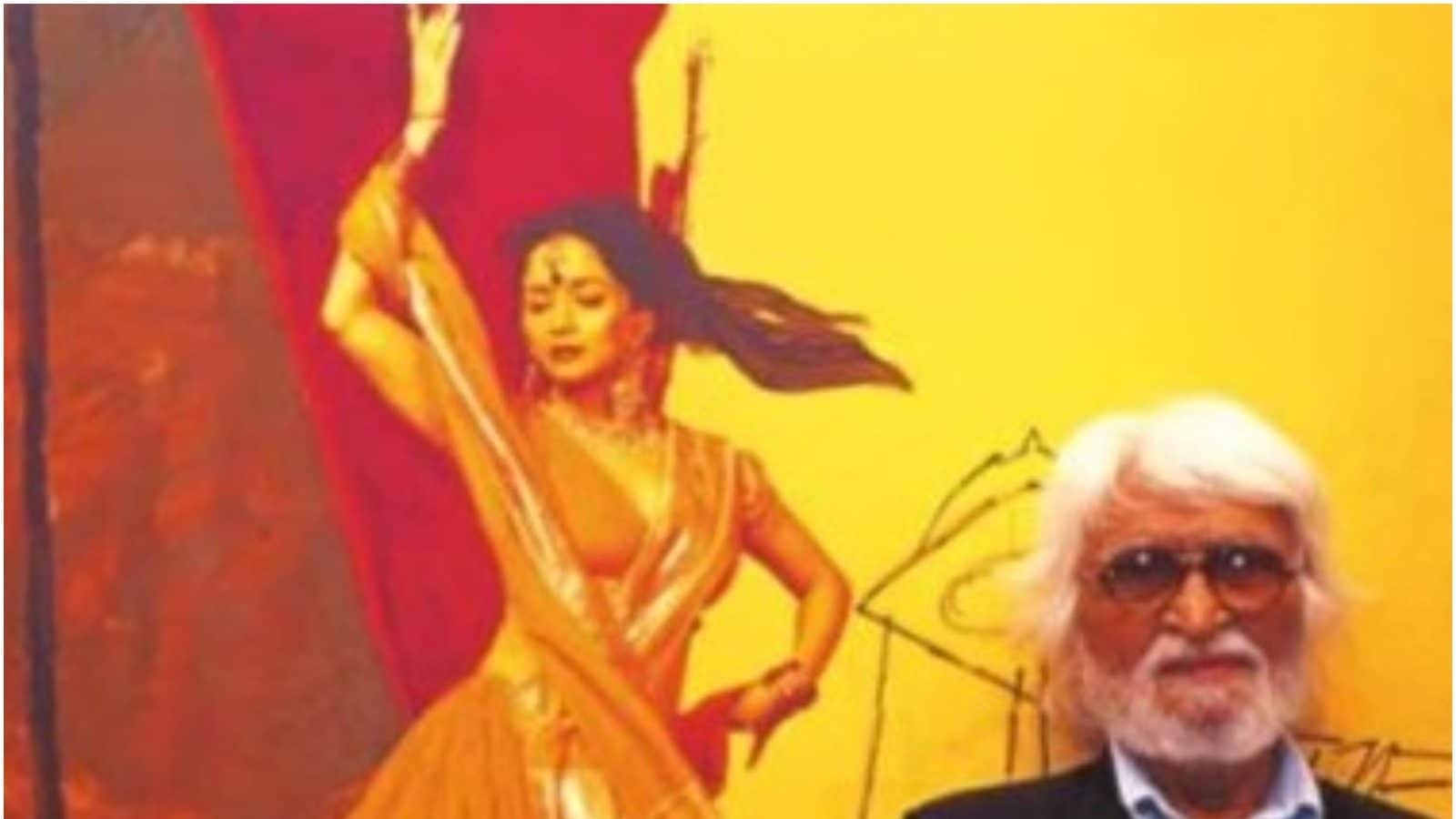 Born on September 17, 1915, Maqbool Fida Husain, also known as M. F. Husain, depicted human circumstances in bold and vibrant colours and executed diverse topics in series. Popularly dubbed as the ‘Picasso of India’, he treated his canvases in a modified Cubist style. Husain who was also a prolific photographer, printmaker and filmmaker, had a beyond passing fascination for Bollywood films and the beauties who reigned on the big screen.

On the occasion of his birth anniversary, here’s looking at the Bollywood divas who became muses to the late artist.

Of course Madhuri Dixit! MF Husain’s admiration for the Dhak Dhak girl is no secret. Such was the impact of her charm that the artist ended up watching her film Hum Apke Hai Kaun nearly 70 times. The Padma Vibhushan stepped into filmmaking with the 2000 film Gaja Gamini in which he cast Madhuri. He made the film as an ode to womanhood and tribute to his forever muse Madhuri. Though many beauties impressed the art maestro, but Madhuri undeniably remained the ‘Queen of his heart’.

The ill fate of Gaja Gamini at the box office did not demotivate Husain. He made his second Bollywood film Meenaxi: A Tale of Three Cities in 2004. The artist was impressed by Tabu’s timeless beauty and decided to rope her in for the film without a doubt.

Amrita Rao was next in line in the list of Husain’s muses after her film Vivah hit the box-office. The legendary painter was stunned by her simplicity in the film that he watched nearly 10 times. Husain made her portraits and sketches and was confident that the actress will have a long successful career in the future in this industry.

Another woman who stole his heart was Vidya Balan with her rustic charm. Her raunchy-rural character portrayal in Ishqiya left Husain speechless. He even wanted to make a film with Vidya while he was in Qatar. According to Husain, Vidya is a woman who knows her mind and reflects the true spirit of an Indian woman.

After a string of Bollywood divas, it was Anushka Sharm who became the next to flutter his heart. The last muse of the artist before his death impressed him with her charm in the film Band Baaja Baraat. He was so smitten by her beauty after watching the film that he conveyed his feelings to Anushka all the way from Qatar.