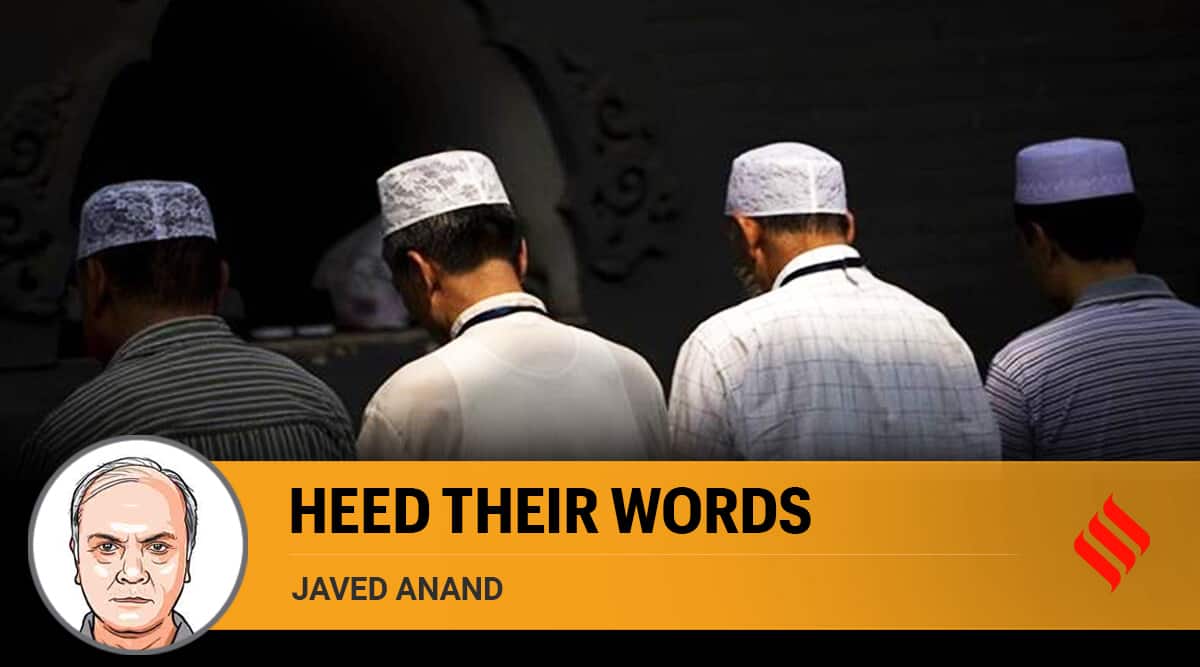 If right-wing Hindus and right-wing Muslims are equally displeased with “elite Muslims” like Javed Akhtar and Naseeruddin Shah, they must be doing something right. In the latest salvo against them, A Faizur Rahman, a self-described moderate Muslim, accuses people like Akhtar and Naseeruddin Shah of fuelling Islamophobia, even if “unwittingly” (‘The Prejudice Within’, IE, October 4). That’s one way of saying they are being “anti-Islam”, “anti-Muslim”. Akhtar and Shah should perhaps be pleased with such labelling for this places them right in the company of liberal and progressive Hindus who are constantly targeted by right-wing Hindus for being “anti-Hindu”.

For Rahman, the original sins of Akhtar and Shah lie in signing a statement on the Taliban, along with over 150 other Indian Muslims, issued by “a Mumbai-based Muslim outfit”. (Full disclosure: the “outfit” in question is Indian Muslims for Secular Democracy [IMSD] of which this writer is the national convener). The statement had bemoaned the fact that “a section of Indian Muslims” were euphoric over the return of Taliban to power in Afghanistan. Rahman alleges that such “carelessly used phrases” end up “fuelling Islamophobic suspicions about the ideological moderateness of Indian Muslims.”

That’s curious logic coming from a person as well-read and well-informed as Rahman. No doubt, he has heard of the All India Muslim Personal Law Board (AIMPLB), an umbrella body in which most Sunni religious bodies are represented. Rahman cannot be unaware of the Board’s consistent claim that unlike the “man-made” laws, Shariah laws are “God-given” and therefore immutable for all times. Unfortunately for the Board, in a country such as India, allegiance to Shariah laws must remain confined to a dogged defence of Muslim Personal Law. But the ideal remains an “Islamic state” governed by God-given laws.

The day they assumed power the Taliban declared that Afghanistan will not be a democracy but an “Islamic Emirate” run in accordance with Shariah laws. That was the specific context of the IMSD statement calling upon Indian Muslims to reject the Islamic Emirate in Afghanistan. The opening paragraph of the statement read: “Indian Muslims for Secular Democracy rejects the very idea of a theocratic state anywhere in the world. It therefore questions the legitimacy of the ‘Islamic Emirate’ the Taliban seek to impose…” Bemoaning the fact that “a section of Indian Muslims” were delighted with the Taliban’s capture of power, the statement added: “It is nothing but sheer opportunism and hypocrisy to stand in support of a secular state in a country like India where Muslims are in a minority and applaud the imposition of Shariah rule wherever they are in a majority. Such rank double-standard gives legitimacy to the sangh parivar’s agenda for a Hindu Rashtra”.

IMSD’s statement was issued following the statements of two top-level functionaries of the Board and the Jamaat-e-Islami organisation, as also the feedback IMSD received from grassroots-level Muslim activists from several parts of the country. Who other than Rahman will deny that an organisation such as the Board, which can bring out tens of thousands of Muslims on the streets across India, does speak for “a section of Indian Muslims”?

If Rahman is to be believed, it is not the return to power of the Taliban with its Islamic Emirate agenda, or the welcome statement by some Indian maulanas, which has fuelled Islamophobia, but the “carelessly used phrases” in the IMSD statement!

In his article Rahman cites former prime minister Manmohan Singh and prime minister Narendra Modi to establish that Muslim terror outfits have found hardly any takers among Indian Muslims. Isn’t he chasing a red herring? What does that have to do with anything said by Akhtar, Shah or IMSD? Who has argued that religious fundamentalism, intolerance, orthodoxy AND support to the idea of a theocratic state per se equals support to terrorism in the name of Islam? What has been said, and rightly so, is that there exists a striking similarity in the world-views of the religious right, irrespective of the faith they claim to speak for.

The growth of Islamophobia in India and across the globe should certainly be a matter of concern for not only Muslims but all right-thinking, peace-loving people. Equally, we need to beware of what some call the “phobia of Islamophobia” — a defence mechanism, a not-so-clever attempt to silence even rational criticism of Muslims or Islam, or the call for Muslim reform. Like charity, criticism must also begin at home.

Silence is not, cannot be an option for progressive Muslims for fear of feeding Islamophobia. If anything, the Islamophobes are forever asking the question: Why don’t moderate Muslims speak? The sad fact is that very few moderate Muslim voices were heard when in July 2013, the Chennai police cancelled the lecture tour of the African-American feminist Islamic scholar Amina Wadud at the last minute because some Muslim outfit threatened to protest. Very few moderate Muslim voices were heard when in 2000 the Raza Academy threatened to burn alive the Bangladeshi writer in exile, Taslima Nasreen if she “dared” enter Mumbai. Or when, for fear of losing Muslim votes, the Left Front government in West Bengal airlifted her to the then BJP-ruled Rajasthan in 2007.

What fuels Islamophobia is not when Muslims like Akhtar and Shah, or IMSD, speak out against the unsavoury words and deeds of some Muslim organisation or individual. It is the near silence of the moderate Muslims in such situations that is taken by Islamophobes as proof that “all Muslims are like that only”.

This column first appeared in the print edition on October 12, 2021 under the title ‘Heed their words’. The writer is convener, Indian Muslims for Secular Democracy and co-editor, Sabrang India online