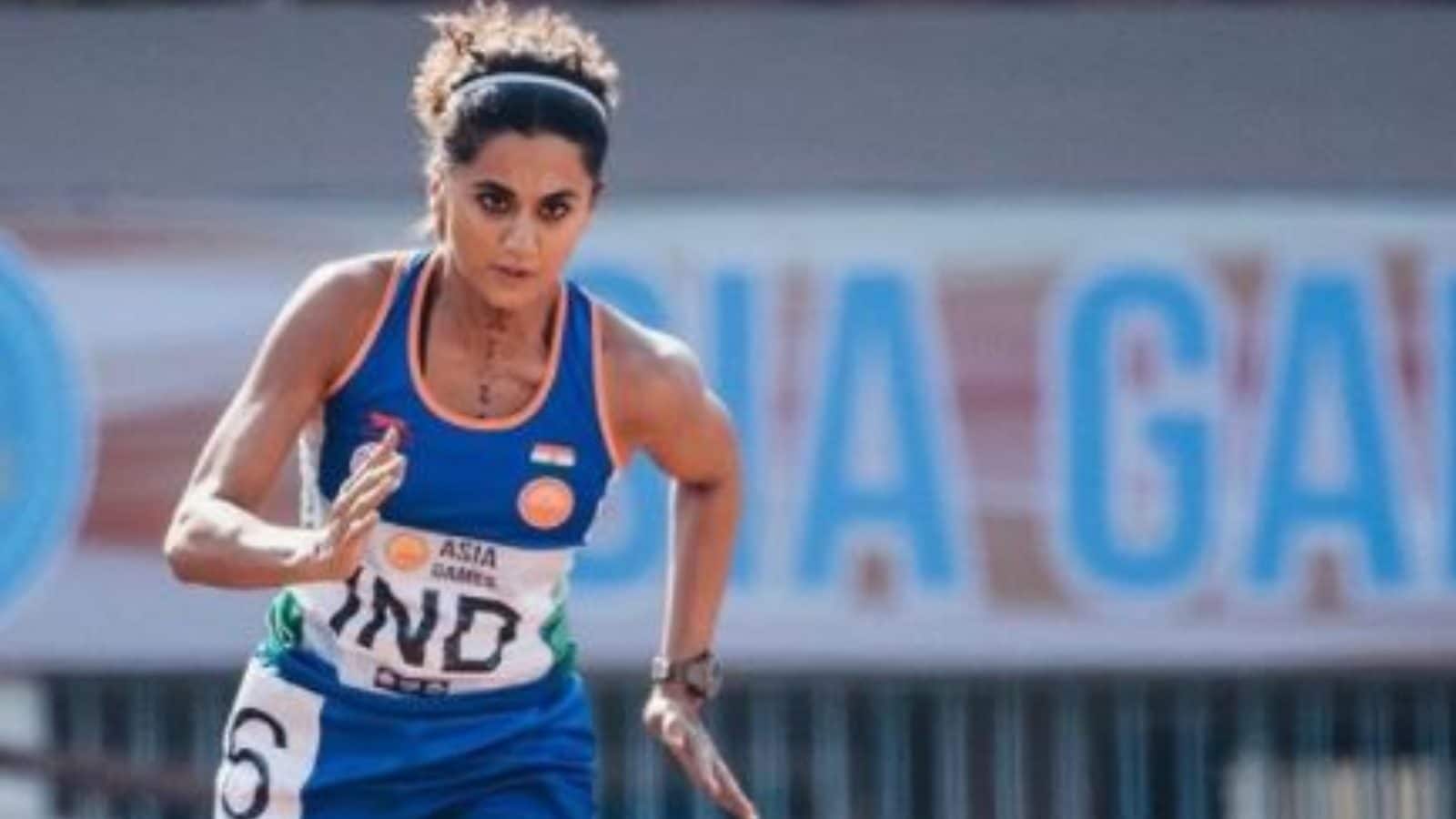 In a patriarchal society like ours, every sphere is ridden with added struggles for women and there is hardly any space we can claim is free of gender biases. In Akarsh Khurana directorial Rashmi Rocket, Rashmi Vira (Taapsee Pannu) a resilient athlete from Gujarat finds her world crashing after she is falsely indicated in a gender verification test in a space where she was at the top of her game.

After winning three consecutive medals for the country, her talent and technique come under scrutiny due to her body type and actions that don’t sit well with the preset gender norms. Her not following the stereotypes is underlined several times in the film, be it Rashmi riding a bike or slapping a guy- her actions make the people around her ask, “Chora hai ya chori?”

When Rashmi fails the gender test, not only her capability but her identity is questioned and the rest of the film follows her fight for justice aided by her lawyer, her husband and her family.

However, the plot is pretty much predictable and one of the very few things that we find new than what we did in the trailer is that Rashmi is pregnant. It deals with a poignant issue like gender testing on women athletes but barely scratches the surface, and the arguments never rise above common sense.

The film navigates through several genres – romance, sports and courtroom drama and doesn’t adhere to the common tropes of the said genres. It delivers the right sort of message without getting too preachy and maintains the mainstream Bollywood entertainment quotient. But it lacks in weaving these different things together into a seamless end product.

Priyanshu Painyuli, who had shown quite the range with Mirzapur 2, Bhavesh Joshi Super Hero and Extraction, feels like a prop in the film. His character’s heart was at the right place and he became a rock hard support system of the protagonist but his talents could have been explored well within the screen space he got. Abhishek Banerjee does a good job breaking his villainous image with his portrayal of a goofy, underdog lawyer who starts his argument in court by addressing the Honourable Judge as ‘ma’am’.

Taapsee Pannu, who is known for spearheading women-centric films, delivers what is expected from her. However, she couldn’t make up for the shortcomings. Supriya Pathak as Rashmi’s mother adds charm to the story.

Aniruddha Guha’s screenplay, based on Nanda Periyasamy’s story, is an ambitious project that aspires to be a lot of things. It is not our regular sports flick as it attempts to pay homage to several female athletes whose careers took a sidetrack for a test that has no base in modern-day science. However, the launch of this rocket is a shaky one and it fails to fly with the same speed it started off with.

Now, the only thing that one should look forward to is Rashmi Rocket starting a dialogue and making people ask why an archaic concept like gender testing still exists after several examples of it wrongly ending the careers of women.

Get ready, Trinamool Congress is going to Goa: Abhishek Banerjee

Will hang myself publicly if any corruption allegation is proved: TMC leader Abhishek Banerjee

Helmet review: Aparshakti Khurana film is a cringe-fest from start to finish

Taapsee Pannu gets emotional on social media with all the birthday wishes!

‘Rape Of Democracy’: TMC Hoardings Torn Down Ahead Of Abhishek Banerjee’s Tripura Visit

‘Not a political astrologer’: Mamata on who will lead ‘anti-BJP alliance’