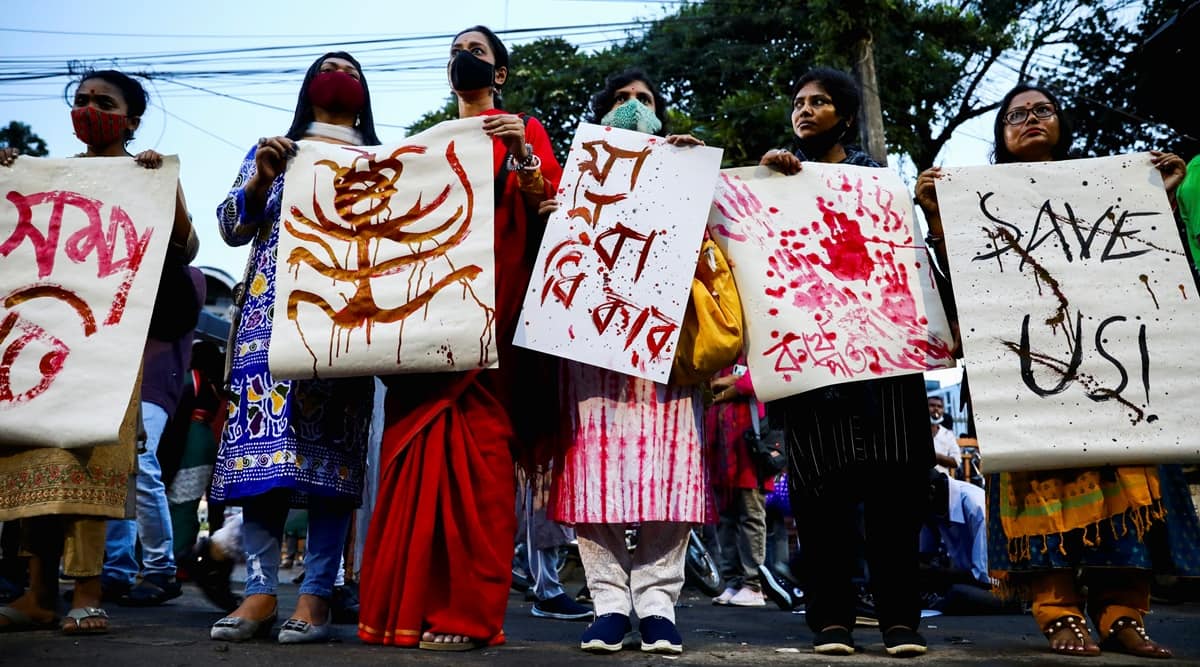 In January 2020, I was in Sylhet, Bangladesh, on the day of Saraswati Puja. The city had more than 350 puja pandals and festivity lasted into the wee hours of the next morning. At the Shahjalal University of Science and Technology, 25 of the 27 departments had their own pujas; prasad was served and Hindi songs were in the air. Be it Hindu or Muslim, everyone participated in the festivities.

The contrast with this October, when communal violence spread across Bangladesh in the midst of Durga Puja celebrations, could not be starker. On Ashtami (October 13), senseless violence erupted in a few towns after a bizarre incident of a photo and video of the Holy Quran being defamed in the Durga pandal at Nanua Dighir Par puja in Commilla city was circulated. It appears now that miscreants took advantage of the night to place the holy book at the pandal so that peace is disturbed.

In the next few days, Puja pandals and Hindu temples were vandalised, houses in Hindu localities were burnt, and people attacked, creating a sense of disbelief and angst not only in the country, but also in neighbouring India. The government swung into action swiftly but the fire kept on spreading. Internet was shut down for specific periods in the violence zones.

The incidents indicate a conspiracy to disturb the communal peace and also harm the India-Bangladesh bilateral relations, in the golden jubilee year of Bangladesh’s independence – which is also Bangabandhu Sheikh Mujibur Rehman’s centenary year.

Prime Minister Sheikh Hasina has been very forthright and tough in containing fundamentalist elements and courts in Bangladesh have also been swift in judgments on fundamentalism. Yet, certain sections wish to exploit the religious fault lines in the country.

Many of these sinister elements want to disturb the India-Bangladesh relations and the easiest way to derail that is to target religious minorities, particularly Hindus. However, both the governments have been forthright in addressing the issue. The role of Sheikh Hasina government in acting against many extremist groups from Northeast India has been exemplary. For the last few years, besides the landmark boundary agreement, considerable steps have been taken to improve ties and trade across the borders from both sides. Even in the current situation, the Indian government has been very restrained despite the urge from various agitated groups to take up the temple vandalism and killings with the Bangladesh government.

These violent incidents also bring to light how social media platforms have become the force multiplier in mobilising people, particularly youngsters, in violence often based on fake news. The exodus of people from the Northeastern states in Bengaluru in August 2012 due to some online threats, the mobilisation during the Delhi riots of February 2020 and even the ugly events in US Capitol Hill in January this year have amply shown the potent force of the social media in fomenting trouble.

In the case of Bangladesh, despite a strong law in the country to address digital security issues and social media misuse in the form of the Digital Security Act 2018, many people continued to post provocative posts. Besides the government has been engaging with the social media platforms under the same act and in the year 2020, Facebook has been asked to share account details of 897 users.
Now that the violence has subsided and many of the perpetrators identified and 600 of them arrested, including the person who had placed the Quran on the deity, confidence has to be restored among the minorities so that Bangladesh returns to its path of socioeconomic progress.

The writer is a defence and cybersecurity analyst