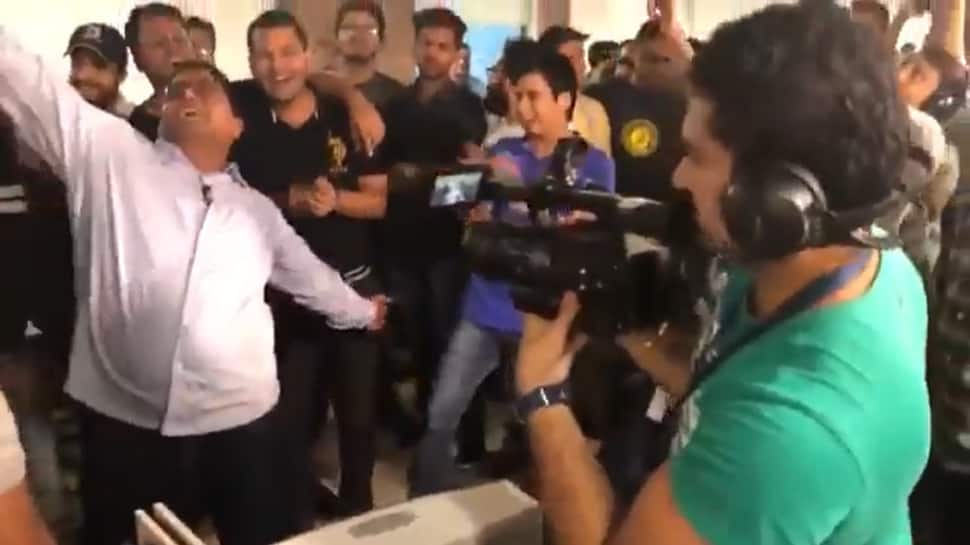 New Delhi: Fintech company Paytm recently received the nod from the Securities and Exchange Board of India (SEBI) approval for its upcoming Rs 16,600 crore initial public offer (IPO). Celebrating the occasion, the company’s CEO was apparently seen dancing his hearts out at what appears the company’s premises. However, that isn’t the complete story.

In a tweet shared by RPG Group’s chairman Harsh Goenka, Paytm’s Sharma was seen dancing on a popular Bollywood number ‘Apni to jaisi taise’, which was sung by legendary singer Kishore Kumar.

“Scenes at Paytm office after SEBI approves one of India’s largest IPOs,” Goenka had said in his tweet.

The video is actually three years old. However, Goenka thinks that this is how Paytm’s Sharma must be dancing after receiving SEBI nod.

Sharma was seen enjoying the moment with his Paytm colleagues who were also witnessed celebrating the big moment for the company. Paytm had received the market regulator approval for its Rs 16,600 crore IPO on Friday, October 22.

The company is expected to list on the Indian bourses ahead of Diwali. Reports suggest that the company could list by the end of October, as it plans to skip the pre-IPO share sale rounds to fast-track listing. Also Read: Zee Digital Auto Awards 2021: 5 cars nominated for Luxury car of the Year

With its upcoming IPO, Paytm is looking at achieving a valuation of Rs 1.47-1.78 lakh crore. Previously, a US-based valuation expert, Aswath Damodaran, who is also a professor specialising in finance at the Stern School of Business at New York University, had valued the unlisted shares of the firm at Rs 2,950 apiece. Also Read: THIS 2 rupee coin can fetch Rs 5 lakh; here’s how

“What Is This Paytime?” His Dad Asked. Paytm IPO Made Him A Millionaire

Investors are willing to back disruptors. Policy, regulatory environment must help unicorns to grow and flourish

Why Bollywood stopped romancing the rain – Times of India