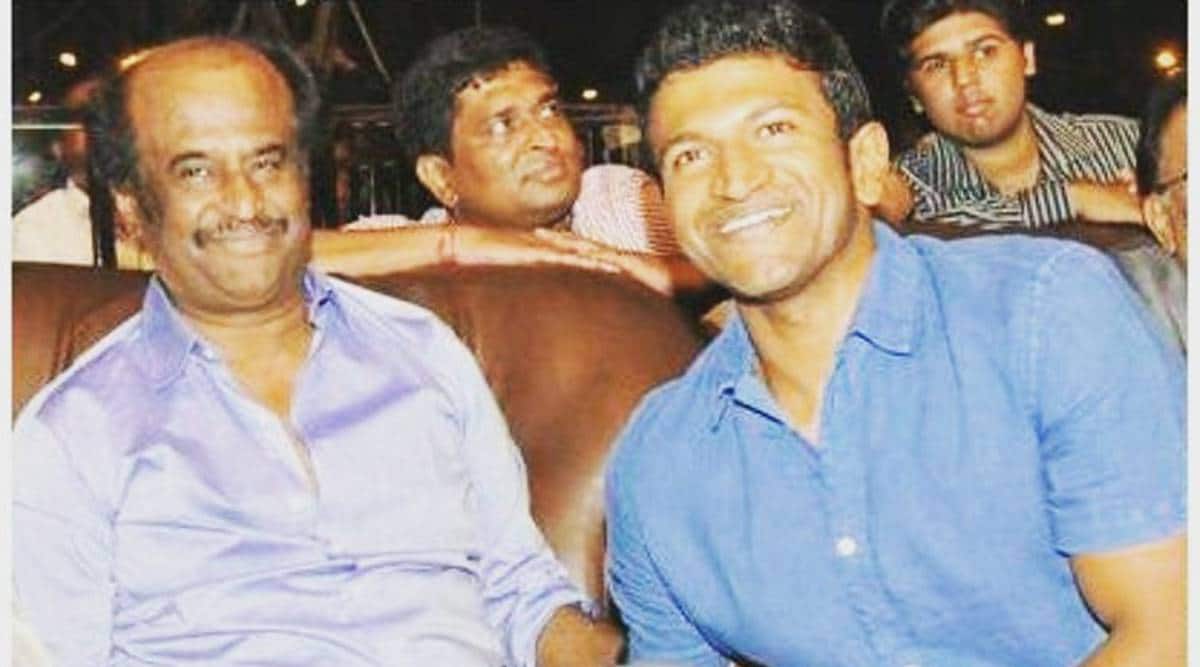 Puneeth Rajkumar made his silver screen debut as an adult with the 2002 film Appu. Written and directed by Puri Jagannadh, the film emerged as a huge hit at the box office at the time. And a grand event was arranged in Bengaluru to commemorate Appu’s theatrical run of 100 days.

It was a star-studded affair as it was presided over by acting legend and Puneeth’s father Dr Rajkumar. And the chief guest of the event was Superstar Rajinikanth, who predicted that Puneeth would become a force to reckon with in the film industry.

“I watched the film with Appu (Puneeth). And I realised, he was still a lion cub but he was already roaring. And it got me excited to look forward to the things he was going to accomplish in future. He stunned everyone with the opening fight and song. He was not getting applause because he was Dr Rajkumar’s son. But, that applause was for his talent,” Rajinikanth had said.

“What a performance he has delivered in his very first film (as an adult). We gained that kind of maturity only after doing about 70-80 movies,” he had added.

Puneeth Rajkumar passed away on Friday at Vikram hospital in Bengaluru after suffering a heart attack. He was 46.

‘Puneeth Rajkumar was the picture of perfection, had no health issues:’ Family doctor says he only complained of dizziness

Puneeth Rajkumar to receive a state funeral, celebs to attend his last rites

Puneeth Rajkumar’s last rites to be performed upon the return of his daughter from the U.S. – Times of India

5 Things Only A True Puneeth Rajkumar Fan Would Know