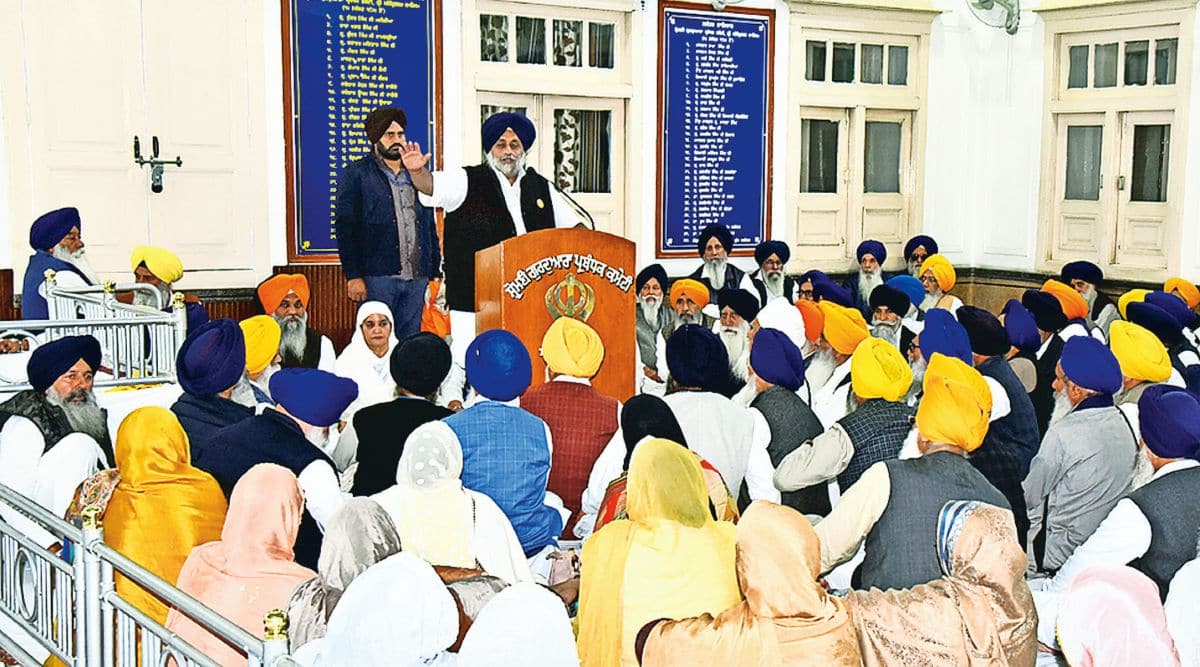 Equations emerging before the Assembly elections have created a suspense if incumbent president Bibi Jagir Kaur will continue in the top post of Shiromani Gurdwara Parbhandak Committee (SGPC).

The party may think of replacing Kaur with a new face.

The SGPC house elects its president every year in November and it would assemble again on Monday.

The SAD has a majority in SGPC house and party president Sukhbir Singh Badal met SGPC members from his party in Amritsar on Sunday evening.

With Charanjit Singh Channi as first Dalit chief minister of the state, sources said that SAD(B) is under pressure to make a strong move to woo Dalit votes in the state. Dalit SGPC member and four-time MLA from Dhirba Sant Balbir Singh Ghunas is an option for the party to make him first Dalit president of SGPC to make a point ahead of Punjab Assembly elections. Akal Takht Jathedar Giani Harpreet Singh is also from Dalit community. However, SAD can’t take credit for it as it would backfire in many ways. But the party can take credit for making a Dalit as SGPC president.

Ghunas is head of Gurdwara Tap Asthan Baba Attar Singh at Ghunas village in Barnala district. His name makes it to the list of would-be president every year.

No performance issue with Kaur

It would not be easy for Sukhbir to just remove Bibi Jagir Kaur, who is the only woman president in SGPC history. Also, she ran the body without any big controversy. Kaur also prodded SGPC to support farmer agitation by providing langar, accommodation, toilets, medical services and compensation to families of deceased farmers. She also attempted to make some structural changes into SGPC. She, however, faced resistance from Damdami Taksal.

The only excuse the party can give to replace Kaur with a new face is that she would be wanted to contest from her constituency Bulath in Assembly elections. Also, the party would like her to contest from there instead of her close relative.

Anirban Lahiri opens with 69 as Cantlay leads in California

UPA has much to answer for in Devas-Antrix. But Govt should take on board international rulings

Delhi Confidential: Harak Singh Rawat likely to be inducted into Congress, but not fielded for polls