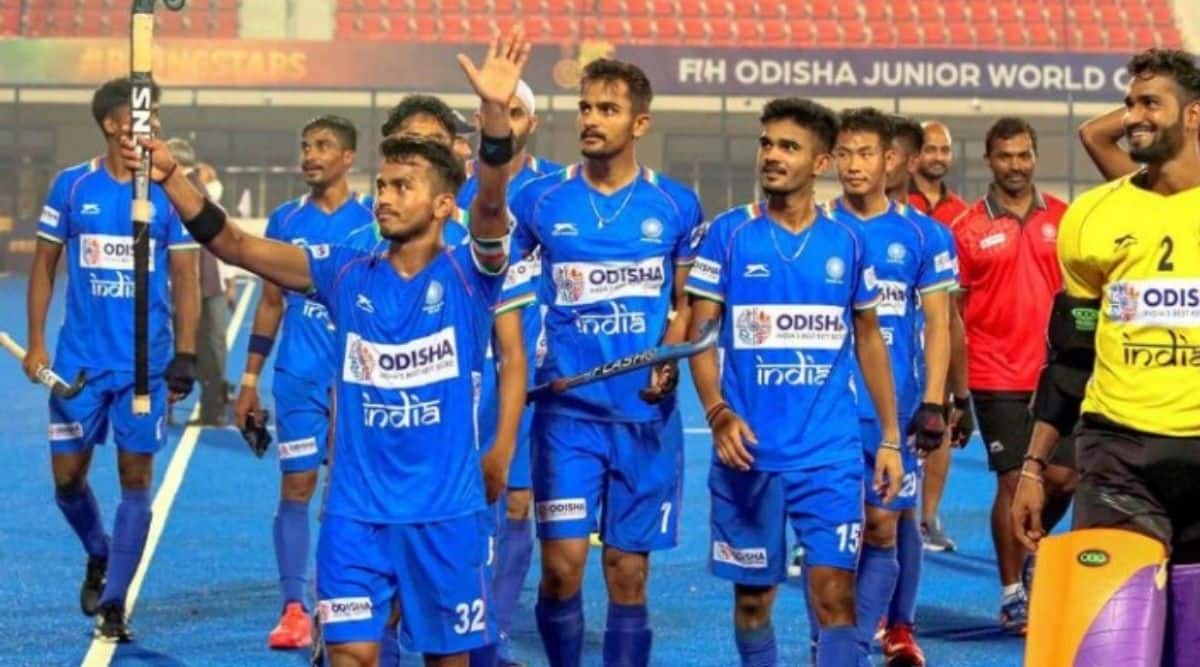 On Wednesday, India will take on Belgium in the latest installment of what’s turning into an intriguing, albeit one-sided, rivalry in international hockey.

When it comes to meetings between the two teams’ senior sides, Belgium have had an upper hand of late. But when the U-21s meet in the Junior World Cup quarterfinals, India will be hoping for a repeat of the 2016 Junior World Cup final result, when they prevailed.

Whatever the outcome, Wednesday’s match between the two sides will be a classic clash of styles, with India expected to use their speed to press and counterattack, with Belgium relying on their solid defensive structure to control the match.

Belgium have had the tendency to resort to high balls, depending on match situation; a strategy they’ve used affectively at the senior level as well.

Against India, who press aggressively and relentlessly, especially at the outlets (the first pass played from the back to restart the game), that might be tough. Belgium coach Jeroen Baart, however, said his players will continue using high balls, which will put the microscope on India’s trapping and intercepting skills.

On both fronts, India haven’t impressed. The team’s undoing against France in the tournament opener was their inability to control high balls, and like senior team vice-captain Harmanpreet Singh observed, they weren’t clinical with their interceptions as well. Given that both, India and Belgium, play zonal defence, reading passes and intercepting them will become crucial to beat the opposition markers.

Few sides in world hockey are as good in counterattacking as India. This U-21 team has a mix of pacy midfielders, like Gurmukh Singh, and forwards, like Uttam Singh, and strong players like Araijeet Singh Hundal who can run through defences. In all three group stage matches, India made their counterattacks work.

Against Belgium, however, India’s patience will be tested. If their senior team template is anything to go by, Belgium will sit back and maintain their defensive structure, giving the Indians very little space to work with.

Under head coach Graham Reid, the senior team has started to show the patience and calmness to rotate the ball and recycle possession until they find a gap in the opposition defence. It’s something the juniors will have to follow, curb their natural instinct to attack and patiently wait for an opening to create a goal-scoring chance.

A lot of Belgium’s threatening moves have originated from their right, with winger Louis de Backer routinely running past defences. In that sense, in fact, they are a typical European side, who like to hold the ball, then move it quickly before attacking from the right.

However, worryingly from an Indian point of view, the left side of their defence has been weak. Nearly all of France’s attacks were a consequence of a mistake or a gap on India’s left. Canada and Poland, too, tried to exploit this but lacked the quality and the numbers up front.

Belgium will also try to use their physicality – their number 10 Jeremy Wilbers hits so hard that when he accidentally caught the stick of a Chilean player, it flew a few metres away into the advertising boards. For India, it’ll come down to how they use their speed and skill to neutralise this threat.

On paper, India have an edge over Belgium in this department, not just because of the high conversion rate but also because of the variety of options at their disposal.

Reid has four men to choose from when it comes to penalty corners – Sanjay Kumar, the team’s go-to man, Hundal, Sharda Nand Tiwari and Abhishek Lakra. This means that at any given point, despite the rolling substitutions, India have at least two drag-flick options on the field, a luxury of sorts.

While India’s penalty corner specialists have blown apart lower-ranked opponents, this will be their biggest test yet.

A challenging, but special year for women’s hockey

Holders India Bow Out of Asian Champions Trophy Hockey, Following a 3-5 Loss to Japan in Semifinal