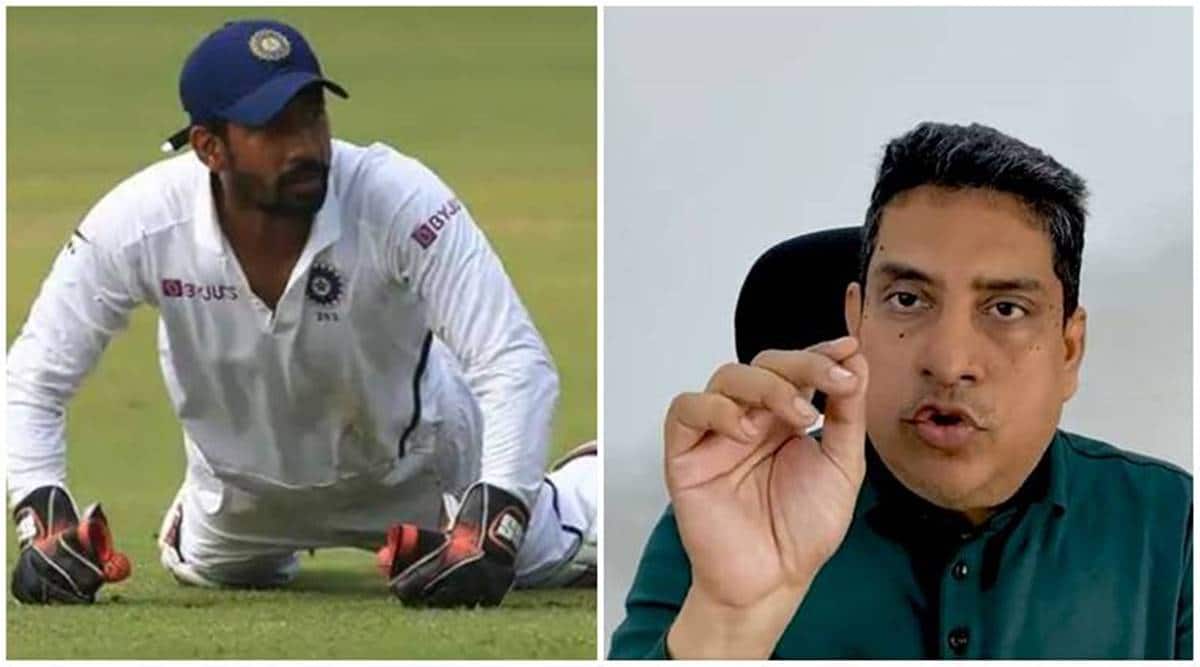 The BCCI has banned journalist Boria Majumdar for two years for “threatening and intimidating” India wicketkeeper Wriddhiman Saha. The ban, which includes not getting press accreditation for any matches in India, an embargo on interviewing centrally contracted players and no access to any of the cricket board’s and state units’ facilities, has been made effective after the Apex Council rubber-stamped the three-member fact-finding committee’s recommendations.

The Indian Express exclusively reported on April 23 that the BCCI was set to ban Majumdar after its three-member committee comprising the cricket board’s vice-president Rajiv Shukla, treasurer Arun Dhumal and the BCCI Apex Council member Prabhtej Singh Bhatia found him guilty of “bullying” Saha. As reported by this paper, a communication would be sent to the ICC also, that they ban the journalist for global events.

On Wednesday, the BCCI’s interim CEO Hemang Amin wrote to all the member units, The Indian Express has accessed the letter, informing them about the punishment meted out to the journalist and requesting for compliance.

After all of my contributions to Indian cricket..this is what I face from a so called “Respected” journalist! This is where the journalism has gone. pic.twitter.com/woVyq1sOZX

The probe committee was constituted “to look into the matter of Wriddhiman Saha receiving threats and intimidation from a senior journalist”. It came on the heels of the 37-year-old wicketkeeper posting a tweet on February 19 that captured a screenshot of the messages like: “After all of my contributions to Indian cricket..this is what I face from a so called “Respected” journalist! This is where the journalism has gone.” Another message purportedly sent by the journalist had said: “You did not call. Never again will I interview you. I don’t take insults kindly. And I will remember this.”

This was after Saha was dropped from the Test team for the home series against Sri Lanka. A lot of former cricketers, including ex-Indian team head coach Ravi Shastri, sympathised with Saha, but the wicketkeeper refused to name the journalist in public. However, he revealed the identity of the person, Boria Majumdar, at the hearing.

Majumdar had earlier told this paper that he would file a defamation suit against Saha. “I’m filing a defamation case on Wriddhiman Saha. He has doctored, tampered and manipulated screenshots. Earlier today, I have sent the BCCI all the details and I have emailed everybody in the BCCI the entire sequence of events. I have also tweeted my side of the story,” Majumdar had said.

In his statement to the BCCI, the journalist had claimed that Saha’s manager visited his residence on February 1 and set up “two interviews as a brand building exercise”. On February 10, ahead of the IPL mega auction, Majumdar had sent some texts to the player via WhatsApp. A series of texts was sent on February 13 also after Saha was roped in by Gujarat Titans on the second day of the IPL auction. The journalist’s statement gave details of his WhatsApp texts to Saha, claiming that the latter had “confirmed an interview over Zoom”. As per the statement, the context of the texts was “the disappointment over failure of Mr. Saha to comply with his professional commitment and hence was an expression of dismay by Mr. Majumdar”. The journalist had denied any threats or hostile action.