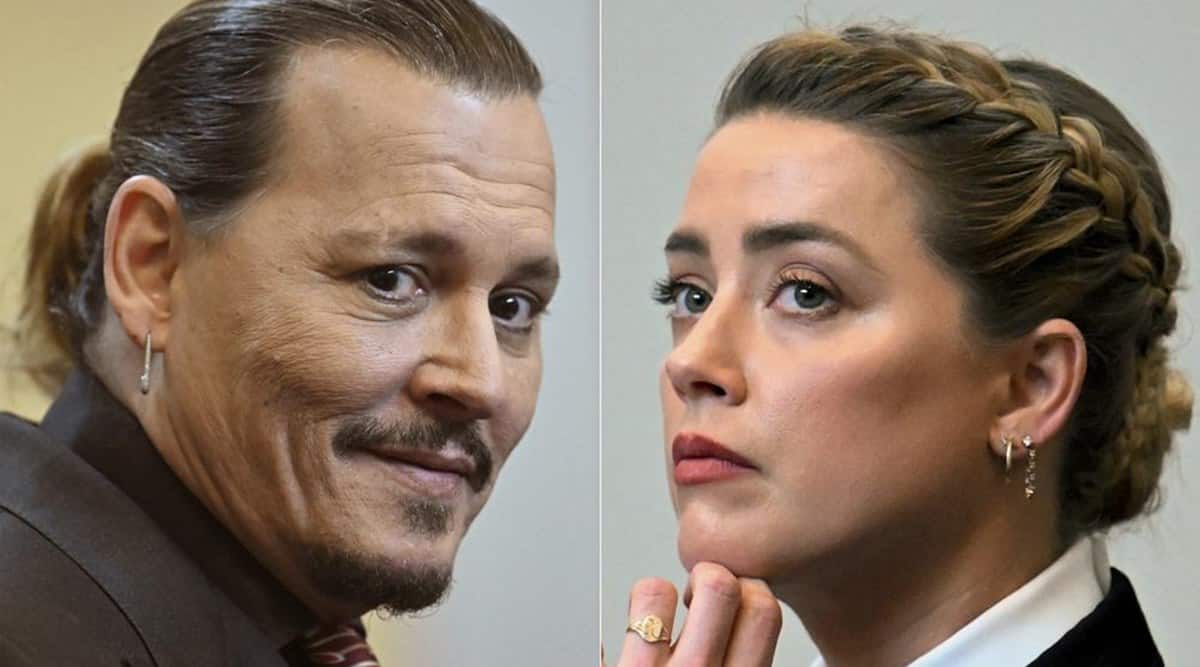 Actor Amber Heard suffered post-traumatic stress disorder from violence she suffered at the hands of her ex-husband Johnny Depp, including multiple acts of sexual assault, a psychologist testified Tuesday.

The sexual assaults included being forced to perform oral sex and having Depp penetrate her with a liquor bottle, the psychologist, Dawn Hughes, told jurors at Depp’s libel trial against Heard. He accuses her of falsely claiming in a newspaper op-ed piece that she was a victim of domestic violence.

Hughes’ testimony contradicts that of a psychologist hired by Depp’s lawyers, who said Heard was faking her symptoms of post-traumatic stress disorder and suffered from borderline and histrionic personality disorders. Hughes disputed that Heard suffers from any personality disorder.

Hughes was the first witness to take the stand on Heard’s behalf after Depp’s lawyers rested their case Tuesday morning.

Hughes said there is corroboration of many of the instances of abuse, including apologies and admissions made by Depp to Heard and admissions he made to friends in text messages about his bad behavior when he drinks. In some cases, Heard told her therapists about the abuse contemporaneously, Hughes said.

Depp has said he never physically attacked Heard, and that she was the aggressor who routinely hit him and threw things at him through the course of their relationship.

Hughes, in her testimony, said Heard acknowledged that she did at times push and shove Depp, call him names and insult his parenting.

But Hughes said there’s a difference in the violence when a smaller person strikes at a larger person, and that Depp’s violence was intimidating and threatened her safety, but Heard’s violence did not have the same effect on Depp.

Much of the violence, Hughes said, stemmed from Depp’s obsessive jealousy. He insisted she avoid nude scenes, if she worked at all, and accused her of affairs with actors Billy Bob Thornton and James Franco. If she did work on a film, Depp would call the director and others on set and say he “had eyes” there who would report to him if she fraternized improperly, Hughes said.

And Heard, who identifies as bisexual according to treatment notes introduced at trial, also faced scrutiny in her interactions with women. Hughes said Depp on one occasion manually penetrated Heard in anger after witnessing Heard’s interactions with a woman.

Heard blinked back tears, and her lips and chin quivered at times as Hughes described the abuse.

Earlier Tuesday, Depp’s lawyers rested their case, and a judge rejected a motion from Heard’s lawyers to dismiss the case. Heard’s lawyers argued that Depp had failed to make his case as a matter of law and that no reasonable jury could find in his favor.

But the judge, Penney Azcarate, said the standard for dismissing a case at this point in the trial is exceedingly high, and that the case should be allowed to move forward if Depp has provided even a “scintilla” of evidence backing up his claims.

Depp and his lead lawyer, Benjamin Chew, patted each other on the back after the judge ruled the case can proceed.

Chew argued that the jury has a wealth of evidence to conclude that Heard falsely accused Depp of abuse. In fact, he said, the evidence shows that “Ms. Heard physically abused him. She’s the abuser.”

Heard’s lawyer, J. Benjamin Rottenborn, said the evidence is clear over the last three weeks of testimony that Heard’s allegations of abuse are truthful.

“We haven’t gotten to put on our case yet,” he said. “This is all evidence that has come in while plaintiff controls the playing field.”

Depp is suing Heard for $50 million in Fairfax County Circuit Court after Heard wrote a December 2018 op-ed piece in The Washington Post describing herself as “a public figure representing domestic abuse.” The article never mentions Depp by name, but Depp’s lawyers say he was defamed nevertheless because it’s a clear reference to abuse allegations Heard levied in 2016, in the midst of the couple’s divorce proceedings.

The judge on Tuesday did say she’s reserving judgment on whether the article’s headline in online editions should be part of the libel lawsuit because she said the evidence is unclear at this point whether Heard wrote the headline or is responsible for it. The online headline reads, “I spoke up against sexual violence — and faced our culture’s wrath. That has to change.”

Hughes will be cross-examined Wednesday, and Heard is expected to take the stand Wednesday as well.